Photos from the elaborate 50th birthday party of popular Nollywood actress, Mosun Filani’s husband has surfaced on social media and the absence of her colleagues at the event has got the attention of many.

In the photos that was shared on Instagram by the light-skinned actress, lots of people were obviously in attendance but not a single person from the movie Industry could be seen.

While some set of women was seen rocking the same fabric, it can be said that those are some of Mosun Filani’s friends that she invited for the event.

Kemi Filani recalls that the entrepreneur took to Instagram few days ago to celebrate her husband on his 50th birthday. Captioning the birthday photos, Mosun Filani wrote;

WWE superstar John Cena has married his girlfriend Shay Shariatzadeh, months after they went public with their romance.

John Cena and Shay Shariatzadeh got married in a private ceremony on October 12 in Tampa, Florida. While no other details about the ceremony are available, Cena and Shariatzadeh’s marriage has already been confirmed by TMZ and Cydney Contreras of E! Online.

Marriage rumours between the two started in February 2020 when Shariatzadeh was spotted wearing a ring after being seen at a park in San Diego. The couple began dating back in early 2019, following Cena’s high profile split with ex-fiancee Nikki Bella in 2018.

They had a low-key engagement ceremony and reportedly filed for a marriage certificate in Florida in early October. 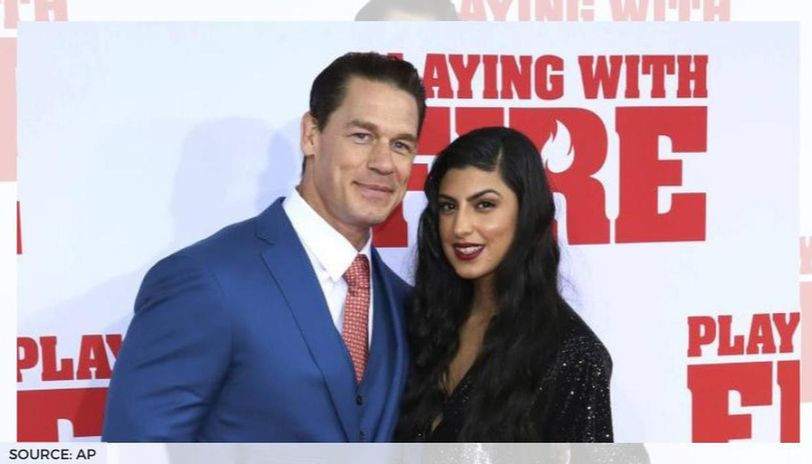 Though born in Iran, Shay is a Canadian citizen. She earned a bachelor’s degree from the University of British Columbia in electrical and electronics engineering, and currently works as a product manager for Aviglon, a Motorola Solutions Company performing “a wide variety of duties that include overseeing product launches and working with external third parties.”

This is Cena’s second wedding, he was previously married to Elizabeth Huberdeau from 2009 to 2012. The WWE star dated Bella for roughly 6 years but they split because he didn’t want children at the time and Nikki wanted to start a family.
0 Comments
Share
Celebrity Lifestyle Latest News Music Alert 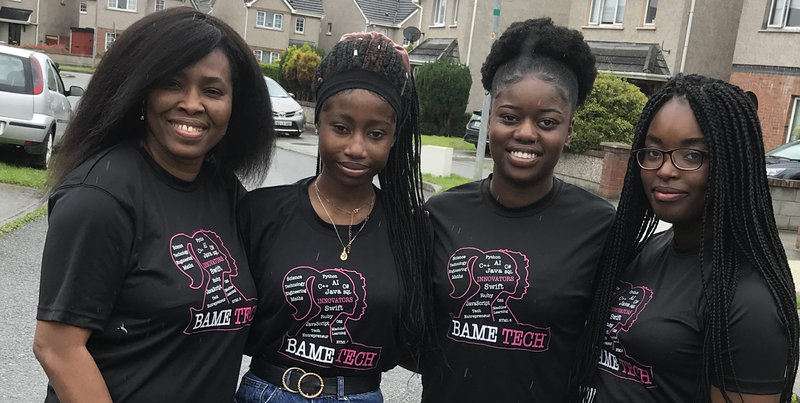 Three Nigerian-Irish teenagers, Rachael Akano (16), Margaret Akano (17) and Joy Njekwe (17), have been named champions of Technovation Girls, an international competition which challenges young women to develop a problem solving app for their community.

The competition is an annual one hosted by Technovation, a non profit organization which empowers girls to become leaders in the male-dominated tech industry.

Guided by a project mentor Evelyn Nomayo, the girls created an award winning app which can help patients with dementia. The young teens who live in Drogheda, Ireland were inspired to create an app that could help with the disorder after Nomayo told them about her mother who experienced dementia.

After the 12-week long challenge, the young teens came up with “Memory Haven”, beating out more than 1,500 submissions from 62 countries.

According to Goats and Soda, when asked how Memory Haven can help with dementia, Rachael said:

Our app has six features: photo albums, music, outreach, face and voice recognition, memory games and reminders. The memory game allows [a user] to put their cognitive ability to the test while promoting memory retention in a fun way and improving focus and speed. The face and voice recognition feature makes it easy for users to identify their friends and family. Then research suggests that musical memories are the least affected by dementia, so we created a music feature for personal playlists.

Concerning what their roles were, the girls said:

Margaret: I was the project manager.

Rachael: And I was the financial manager.

Joy: I was the sales manager, but we all worked on everything really.

They were also asked their career goals and their responses were:

Margaret: I’m currently in medical school. I hope to specialize in precision medicine, which deals with how technology can help people in the medical world.

Rachael: I instantly fell in love with the business aspect of the competition. I think I’m definitely going to go into international business and IT.

Joy: I’m equivalent to a senior in high school and am getting ready for college. Right now, I’m looking at computer science and engineering or some sort of science field because that’s what excites me. 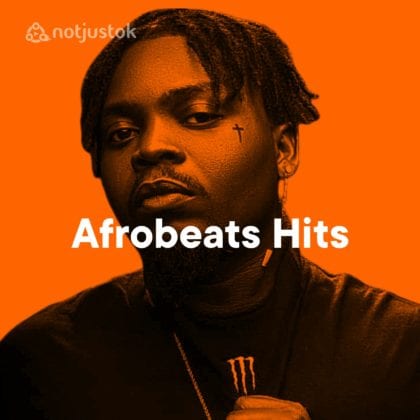 Rapper, Offset says he’s stressed and misses Cardi B amid their divorce

Rapper, Offset has admitted he is stressed and misses his estranged wife, Cardi B amid their divorce

Recall the mother of one filed for divorce last month to end their marriage of three-years, explaining that she “got tired of f*cking arguing and not seeing things eye to eye.”

On Friday October 9, Offset posted an Instagram video asking fans for tips about a hair makeover following his split from the ‘Bodak Yellow’ crooner.

When the video made it to The Shade Room, one fan commented that the Migos rapper looked “stressed out,” and Offset replied: “I am,” he wrote. “I miss MRS. WAP…call her for me but private.” 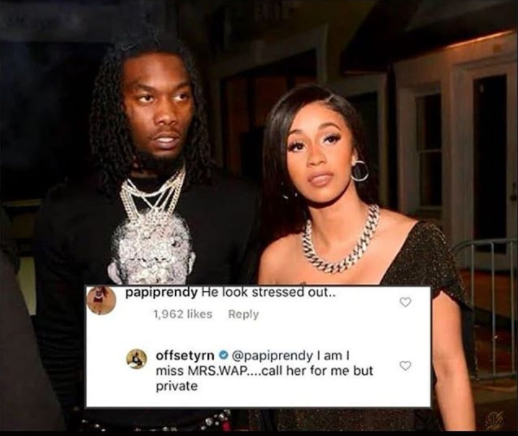 This marks the first time Offset has spoken out publicly about their split after Cardi filed for divorce.

The estranged couple got married in 2017 and welcomed their two-year-old daughter Kulture the following year.

Laycon Is The Cover Boy For Tidal ‘Rising Nigeria

The winner of BBNaija and the youth ambassador for Ogun state, Laycon is the latest face of Tidal ‘Rising Nigeria’ section Laycon. 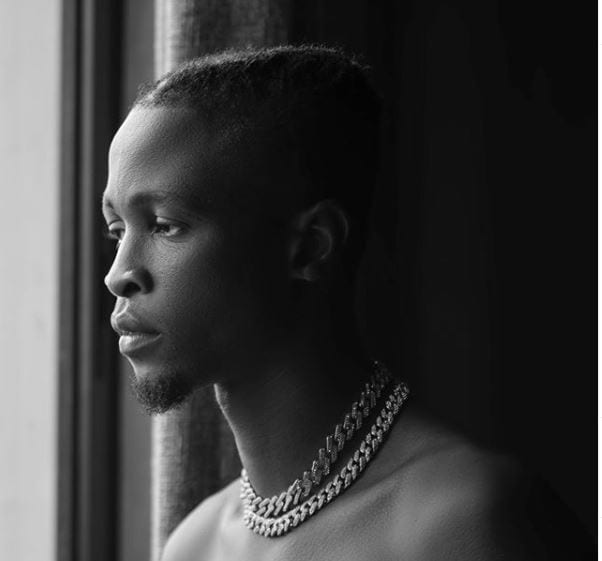 The reality tv star took to his social media page on the 8th of October to make the announcement where he stated that he is the spotlight artiste for the international streaming platform, Tidal’ Rising Nigeria’.

Since Laycon left the Big Brother Naija house,  has as he has scored himself various endorsements, a bigger fan base, and series of promotions and now he is the face of one of the hottest musical streaming platforms owned by legendary international Jay-z who bought the company over 3 years ago with his wife and partner Beyonce.

Chioma denied US visa 8 times due to past criminal record

Kemi Olunloyo has alleged that Davido’s fiancee, Chioma was denied US Visa 8 times, due to past criminal record.

According to Kemi, the only way Chioma can only be allowed entry into the United States is if Davido eventually becomes a politician and applies for a diplomatic passport.

Kemi claimed that Davido’s fiancee, Chioma has criminal records in the past which has made it difficult for her to get a US Visa.

in Kemi tweet: “Davido’s fiancé Chioma has been denied a US visa 8 times due to her past criminal record. The only way to get into America is with a diplomatic passport when Davido becomes a politician.”

Why are men of God silent on SARS issues – Erigga

Nigerian rapper, Erigga his asking Nigerian Pastors why are they silent over the frequent harassment and killing of youths by SARS officers.

The rapper questioned the stand of top respected clerics in the country while asking to know if the only affair of the nation that concerns them is one that has to do with tithe collection.

Erigga wrote, “Why are all our big big men of God silent on this SARS issues?Till sars begin collect tight and offering before dem go lead the protest ?”

“Tell your pastor make e lead the protest I dey him back !!! Na them government dey quick listen to Not Me or Fela.

“Oga men of God , the youth when you say make dem give their life to Christ devil don dey use other means collect am oh abeg do something